History of the Club

The Hull Magicians' Circle has a rich history spanning over 80 years - read on to learn about our background & heritage.

Hull Magicians’ Circle was founded on 5th December 1933 when nine conjurers met at the “Crown and Anchor” in response to a newspaper advertisement placed by Harold Cross and Walter Clarke, who became respectively the first Treasurer and Secretary, an Office which Harold held for 22 years. The founding President was Fred Sowerby, known professionally as Bert Dexter and at one time a familiar performer at British Ring Conventions.

Jasper Maskelyne served as Honorary President from 1934 until his death in 1973 and presented the Silver Wand for Originality that is competed for at the Annual Dinner. Honorary Vice-Presidents have included Chris Charlton, Les Levante, Deveen, De Vega, Sam Sharpe and Bayard Grimshaw, while Peter Casson and Faust (Granville Taylor) are former members.

Although the Circle was never a large Society during the first half-century of its existence, its numbers have increased significantly in recent years, now totalling around 80, partly influenced by the beneficial effects of graduation of members of the Young Magicians of Humberside, an organisation for 10 to 16 year-olds led by Richard Morrell, Jon Marshall, Malcolm Bromwich and Tom Wilkinson.  In 2001 one of these members, James Long, was a finalist in The Magic Circle Young Magician of the Year Contest held in London at The Centre for the Magic Arts. 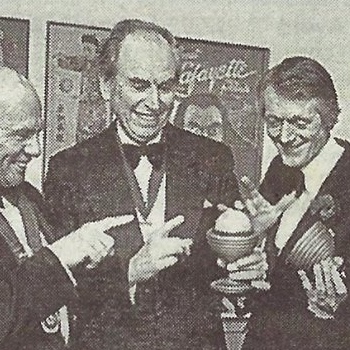 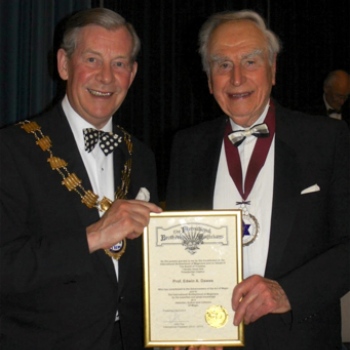 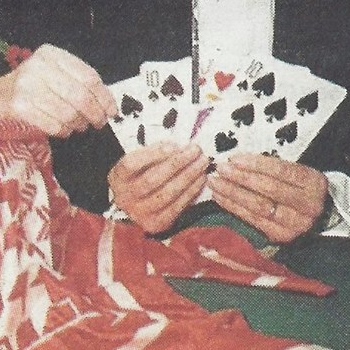 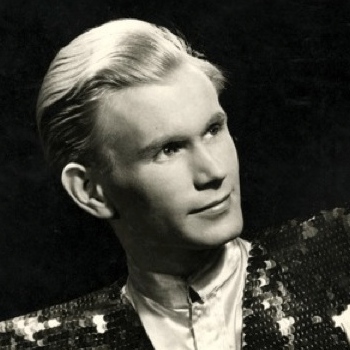 Over the years the Circle has been fortunate in possessing a nucleus of performers, inventors, lecturers and authors, who have made their mark nationally and internationally. The late Jon Gresham, who was Hon Secretary for 28 Years, and the late Malcolm Davison were such individuals. Sadly, our longest-serving member, Arthur Setterington, who was both an Honorary Life Member and Honorary Vice-President, died in January 2006 after sixty years’ membership; almost to the end he continued to receive awards for contributing innovative tricks to the magic press, while his literary works were recognised in 2003 by The Magic Circle’s Maskelyne Literary Prize.  Jon Marshall with his Magic Carpet Theatre brings magically-themed plays and circus workshops to schools and venues throughout Britain and abroad, and Eddie Dawes, a recipient of The Magic Circle’s Maskelyne and David Devant Awards for Services respectively to British and International Magic, several literary awards in the USA and UK, and who is a member of the Society of American Magicians’ Hall of Fame, presides over a Society that enthusiastically embraces the magic of the new millennium.

The Society meets on alternate Thursdays, from September through June, at its Headquarters, Our Lady of Lourdes, 56 Swanland Road, Hessle, HU13 0LY, and visiting Magicians are always welcome. It holds an Annual Dinner, always a social event in the City, at Hull University’s Staff House, usually in April. There, facilities permit a stage show rather than the customary cabaret to be mounted and, together with the Originality Contest for the Maskelyne Wand, provides the after-dinner entertainment. An Annual Supper, traditionally of steak and kidney pie, which was initiated in 1973 on the 40th anniversary of the Circle’s foundation, is held at Darley’s Hotel, Hessle, in January and provides a more informal evening for members and friends.

There are annual competitions for the Connolly Shield (Stage Magic) and the Shirley Watts Trophy (Close-Up), which form part of public shows arranged in collaboration with various Hull and East Riding organisations, and the Simpson Shield, which consists of six heats, each on a different aspect of magic, designed to encourage wide participation by members in the clubroom. These last occasions constitute part of Theme Nights when the evening is concluded with a Teach-In on the topic of the contest. An Open Evening is held at Headquarters for the annual competition for the Bob Moore Comedy Trophy. The syllabus also includes a programme of lectures by noted visiting magicians from home and abroad. The Society possesses a substantial Lending Library of books and videos for the benefit of members.

The Circle, in association with the Young Magicians of Humberside, holds an annual stage competition for the Spooner Trophy, donated to the Society by a former Sheriff of Kingston-Upon-Hull, to encourage the magical development of youngsters between the ages of ten and sixteen, and a Close-Up competition for the Arthur Setterington Trophy.

[Incorporates the three crowns of the arms of the City of Kingston-Upon-Hull (conferred by King Edward I in 1299), and in 1934 special permission was accorded the society for their use.]